How I make a difference: reducing water consumption in soda ash manufacturing

Explore a career at Solvay

As water becomes an increasingly scarce resource around the world due to the combined effects of population growth and climate change, using less water in our industrial activities is one of our core commitments as part of the Solvay One Planet initiative. In fact, we aim to reduce our freshwater intake by 25% by 2030 globally.

Of course, this is no small task. Reducing water consumption at our plants requires changing our habits and processes. Many people at Solvay are hard at work looking for solutions to that end. At our largest European soda ash production facility in Devnya, Bulgaria, Production Director Plamen Borisov is tasked with this mission.

Plamen started working at Devnya in 1989, immediately after he graduated from university. He has served in a series of management positions of increasing responsibility at the plant ever since. So, if you want to know anything about Devnya, Plamen (pictured below) is the person to ask! What is the most challenging aspect of water management at the Devnya site?

The biggest challenge is to change the mindset of people in terms of water consumption. The cost of fresh water is very low in Bulgaria, so it’s cheaper to consume it rather than conserve it. However, this will not always be the case, and we know that water is becoming an increasingly scarce resource, so we must be more efficient now. Some of the innovations my team has come up with have already allowed us to reduce water consumption by 2 million m3 in just two months, which amounts to savings of 8%.

The biggest challenge is to change the mindset of people in terms of water consumption.

Why is it important to use water more efficiently at Devnya specifically, and how can you achieve that?

Water scarcity is a real issue here. Due to insufficient rainfall in recent years, the volume of water in the lake that feeds our plant went down by 30%, posing a real risk to production capacity in 2021. So - as a way to proactively contribute to Solvay’s Group-level objective to reduce freshwater consumption by 25% by 2030 - I challenged my team to come up with ways to reduce water consumption by 17% in 2021 compared to 2019. And guess what? Already by the end of October, water consumption on the site has decreased by 18%, and by the end of this year, we expect a 24% total reduction compared to 2019.

What does water conservation mean for you personally?

I believe the responsible use of water is extremely important. Water is essential for our future and that of our children, so we have to ensure we use it sparingly. This is everyone’s responsibility. At home, among other things, I changed the way I water my garden, for example by watering mainly at night to minimize evaporation and installing sprinklers and nozzles. 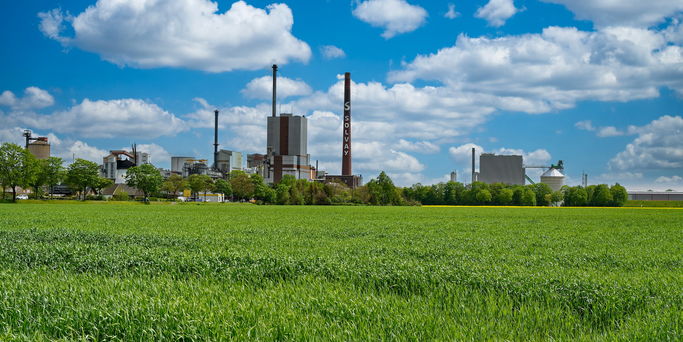 Learn about Solvay’s other sustainability initiatives

How I make a difference: computer modeling for better performing electronic materials

How I make a difference: making laundry more sustainable