Contributing to a safer and more energy-efficient automotive industry

Driven by the electric car market, innovation in the field of batteries is moving forward steadily. Performance, durability and lightness are among the characteristics that have to be improved, and more often than not, chemistry provides the solution!

The latest generations of Li-Ion batteries are most commonly found in our everyday electronic devices, but with requirements 10,000 larger in terms of energy output, their use in electric vehicles represents a massive demand. “The sheer volume of the batteries is on a whole different scale,” says Richard Thommeret, Innovation Communication Director at Solvay’s Corporate Research & Innovation. “Electric vehicles represent the largest market for batteries and the one that’s growing fastest, so that’s where there’s the most business for Solvay.”

The main challenges when it comes to batteries for electric cars are energy density (autonomy), power (rapid charging) and safety. It is key to be capable of deploying a great amount of power in a very short time: enough to set in motion one ton or so of steel and provide rapid acceleration. The first dimension battery manufacturers work on to make this possible is the weight of the battery itself, and that’s where chemical solution providers like Solvay can make a difference.

“The trick is to combine lightness and performance,” explains Richard. “The inactive chemical components inside the battery have to be very efficient so that smaller quantities are necessary.” Also, replacing metal by composites in the battery’s structure could contribute to weight reduction, another Solvay specialty already widely applied for lightweighting in the aerospace and automotive industries.

Electric vehicles represent the largest market for batteries and the one that’s growing fastest, so that’s where there’s the most business for Solvay.

Regarding performance, the objective is to progressively increase the voltage of batteries and hence their energy density. A few years ago, the average capacity of high performance batteries was 3.7V. Today they can reach 4.2V, and the aim is to reach 4.9V in the near future. Every additional tenth of a volt gained is no small victory, as even slight increases in voltage translate into considerably higher energy.

“Developing chemistries that enable higher voltages is done by working on the composition of the materials close to the anode and the cathode, the binders, for which Solvay provides higher stability and capacity, but also on the chemistry of the liquid electrolyte between them, enabling electrons to circulate, which contains lithium salts, additives and solvents,” says Richard. The right additives for the best performance

These electrolyte additives are what Solvay specializes in. Even more so since the Group purchased Energain, a patent portfolio, early 2017 from Dupont. The Group is currently using this technology for fluoride-based solvents and additives to develop batteries with ever increasing performances with its customers. Fluorinated fluids can also be used for cooling systems, as overheating affects the functioning of batteries, with the added benefits of being non-corrosive, non-toxic and non-flammable. What’s more, through its Solvay Ventures arm, the company also invested in Nohms, an American startup that develops ionic liquids for lithium batteries that improve safety.

All these new technologies and materials add up to being capable of doubling the lifecycle of batteries - as well as doubling the 400 km range of the new Tesla to 800 km. Which brings us to durability, another important factor in powering electric cars. Contrary to a portable device battery that can have a satisfactory lifespan of a few years, a car battery has to be able to last 10 to 15 years or more without losing more than 80% of its capacity: It has to be capable of keeping a constant charge rate even after having been charged and discharged thousands of times. This requires precisely the type of specific, high performance technology that Solvay is busy working on for the future of clean mobility. 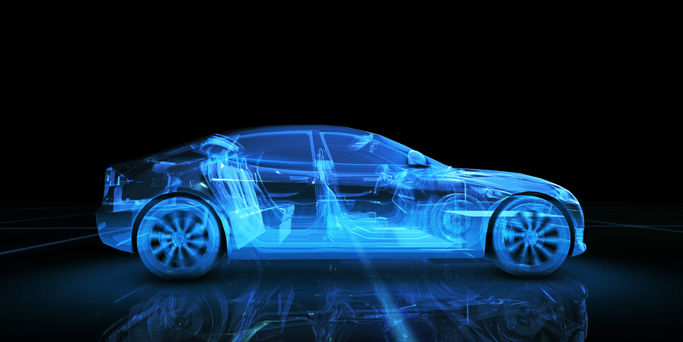 Contributing to a safer and more energy-efficient automotive industry