A tool for antisense gene therapy

RhodaPhos® Phos Reagent helps to treat genetic-based diseases such as Huntington’s, Crohn’s, and breast cancer, among others. The secret? The purity and scalability of Solvay's phosphorus.

Antisense therapy goes beyond standard medicine to address genetic disorders, which are usually the consequence of an error in a patient’s DNA code. When the DNA is transcribed into mRNA (messenger RNA), it still contains the error, which is then potentially translated into a protein with an incorrect structure as a result.

One solution is antisense gene therapy, a form of treatment for genetic disorders or infections where antisense RNA (ribonucleic acid) binds with the mRNA and blocks the translation of the disease-causing protein. “RNA is like a ladder whose rungs are made up of nucleosides,” explains Jeffrey Kolpa, Global Marketing Director in Solvay’s Phosphorus Specialties business. “The rungs are attached to the ladder with a phosphorus molecule to create a sugar-phosphate backbone. Our product forms part of the chemistry that is used to manufacture the backbone and enables scientists to develop oligonucleotides for antisense drugs to treat a specific error in the DNA. In theory, these drugs could be used so that your DNA doesn’t exhibit the genetic-based disease at all.”

Think of the people who manufacture [antisense] drugs as people who build skyscrapers. We at Solvay provide the steel for the skyscrapers. It’s just as exciting as creating the drugs themselves.

Jeffrey further explains that although Solvay doesn’t manufacture the oligonucleotides or the drugs, it is the Group’s chemistry that allows these different elements to be put together. “Think of the people who manufacture these drugs as people who build skyscrapers. We at Solvay provide the steel for the skyscrapers. It’s just as exciting as creating the drugs themselves.”

RhodaPhos® Phos Reagent’s  key benefit is its high purity level. “If you think of a typical antisense RNA molecule, the ladder may be 20 to 100 rungs, and each one needs a phosphorus atom in its backbone from our product. A small impurity in phosphorus could get repeated multiple times and result in errors in the RNA code,” explains Jeffrey. “So we work to ensure that doesn’t happen.”

Solvay’s product is also available in industrial quantities for scale-up in production, providing new hope for the treatment of genetic-based diseases. 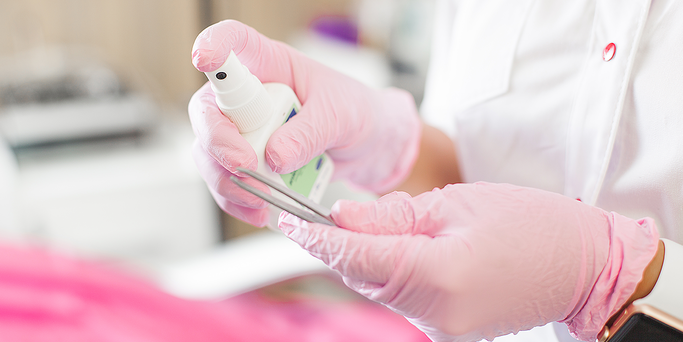 Digitizing chemistry for the mining industry