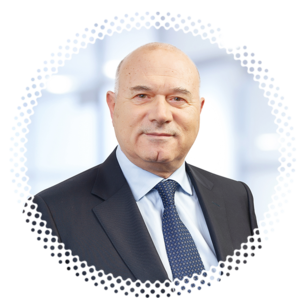 Who is Augusto Di Donfrancesco?

Augusto Di Donfrancesco began his Solvay career in 1987 as a process engineer in Rosignano, Italy. He has held multiple roles within the Solvay Group in Production, Technology, Human Resources and Commercial Operations in the Chemicals and Plastics divisions. In 2005 he moved to Buenos Aires, Argentina, to become the General Manager of Solvay’s formerly owned Solvay Indupa. In 2009 he came to Brussels as General Manager of Specialty Polymers, and then returned to Italy in 2011 to become President of the newly created Global Business Unit Solvay Specialty Polymers.

In 2018, he joined the Executive Committee of Solvay.