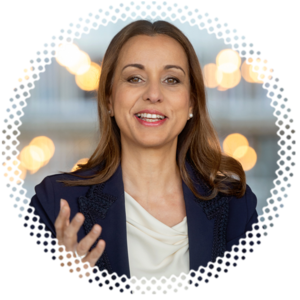 Who is Ilham Kadri?

Ilham Kadri is CEO and President of the Executive Committee of Solvay, a materials, chemicals and solutions company which through its purpose, values and science contributes to protecting the climate, preserving resources and fostering a better life.

Under her purpose-driven leadership and mandate to unleash Solvay’s potential, Solvay developed and launched in less than a year its strategy G.R.O.W. with its bold and holistic Solvay One Planet sustainability objectives, as well as Solvay’s Purpose: We bond People, Ideas and Elements to Reinvent Progress. Soon after the onset of the COVID-19 pandemic, she created the Solvay Solidarity Fund for employees and their families who are in need due to the crisis.

Dr. Kadri is a world citizen with a rich professional experience across a variety of industries in four continents and with leading industrial multinationals, including Shell, UCB, Huntsman, Dow Chemical and Sealed Air. Prior to Solvay, Ilham Kadri was CEO and President of Diversey in the United States, having led the company’s return to profitability and resulting spin off and divestiture.

Dr. Kadri holds a degree in chemical engineering from L'École des Hauts Polymères in Strasbourg and a PhD in macromolecular physico-chemistry from Strasbourg’s Louis Pasteur University.