As the 20th century was drawing to a close, challenges as opportunities became increasingly global. Economies and societies were notably transfigured by the consequences of the oil shocks, the end of the cold war, and the advent of the information age. Solvay responded to these changes by growing into life sciences, by increasing its presence into emerging markets and by refocusing its portfolio.

After the oil crisis, Solvay clearly recognized a need to reduce its dependence on oil and transition into less cyclical activities. Life sciences was a promising field, spanning human and animal health, crop protection, enzymes and more. Solvay mainly built its life sciences activities on the back of acquired firms (Kali-Chemie, Salsbury, Duphar…). Progressively, a focus on human health took pride of place in the Group with many large investments done in the sector. 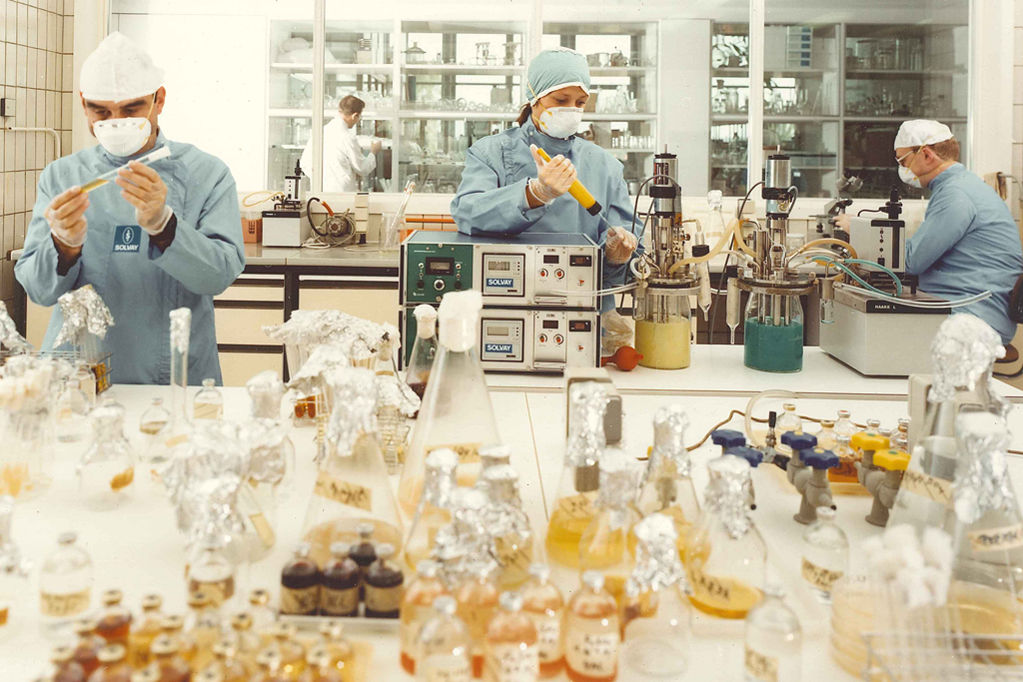 Solvay back in the East!

The fall of the Berlin Wall held great significance for Solvay as a company. Solvay was able to recover its Bernburg plant rapidly. However, a gloomy economic context in reunified Europe hindered a more rapid expansion into Eastern Europe. After several years of considerable effort and the acquisition in 1996 of the Devnya soda ash plant in Bulgaria, Solvay was well and truly back in the East. 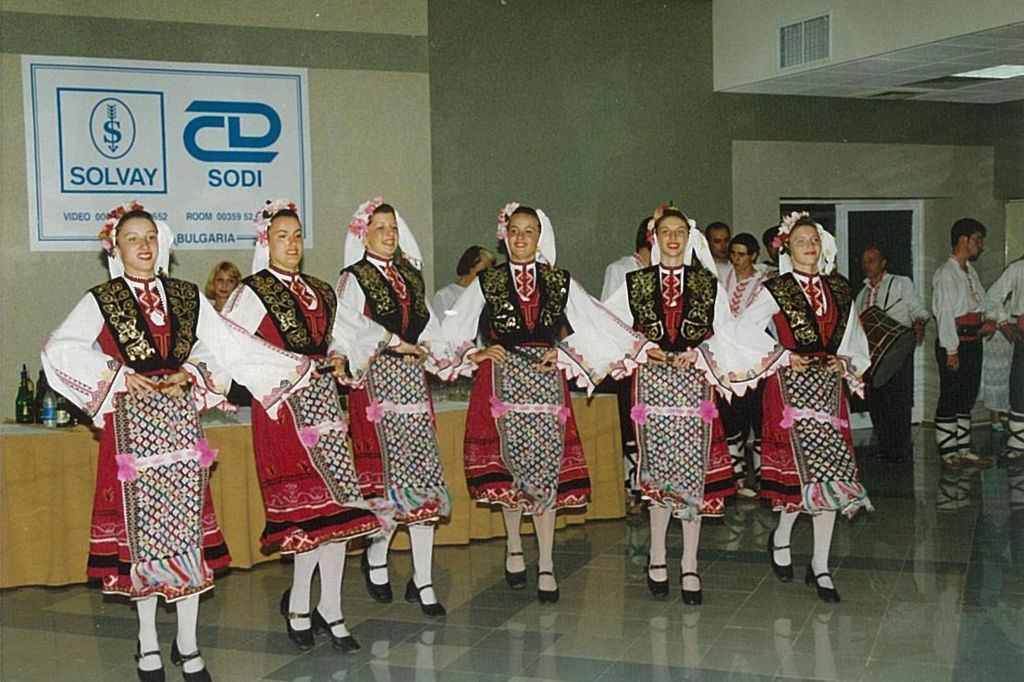 In the 1980s, Solvay was largely present in the Western World. Asia became a priority as from the 1990s, with Solvay initially focusing on Thailand, South Korea, and Japan. But that was just the beginning.  Negotiations started in India as well. And after much persistence, Solvay eventually established a fruitful business in China too. 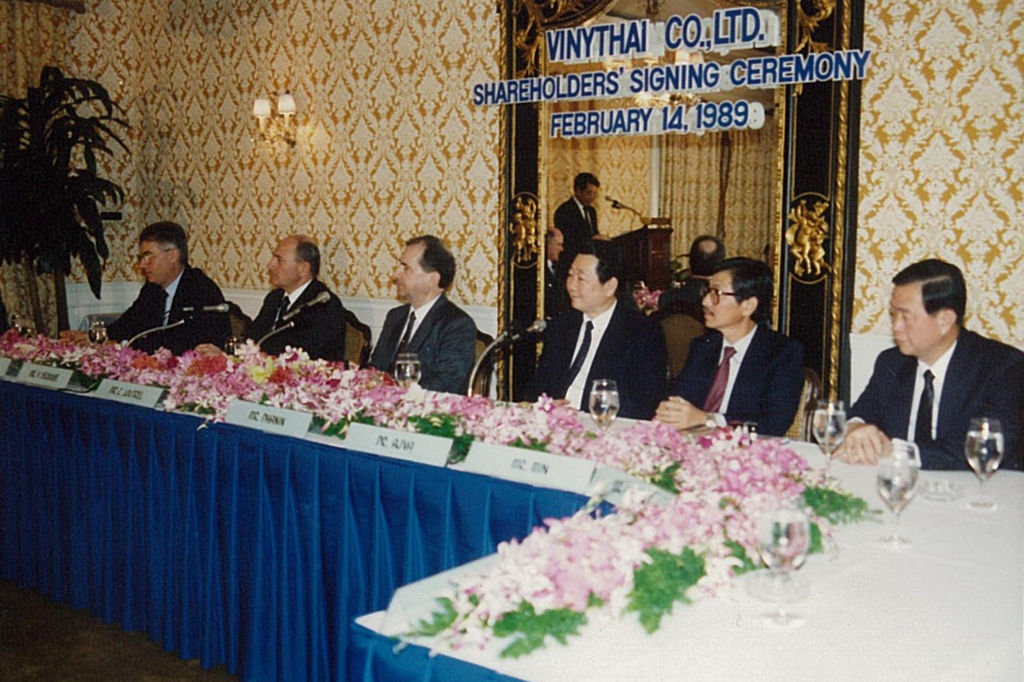 Daniel Janssen was the last CEO to hail from the family of founders. When he retired in 1998 and became Chairman of the Board, Aloïs Michielsen became the first non-family CEO. He was then followed in 2006 by another company veteran, Christian Jourquin. In this picture of the Executive Committee in 1995, all members, except Daniel Janssen, are salaried managers. 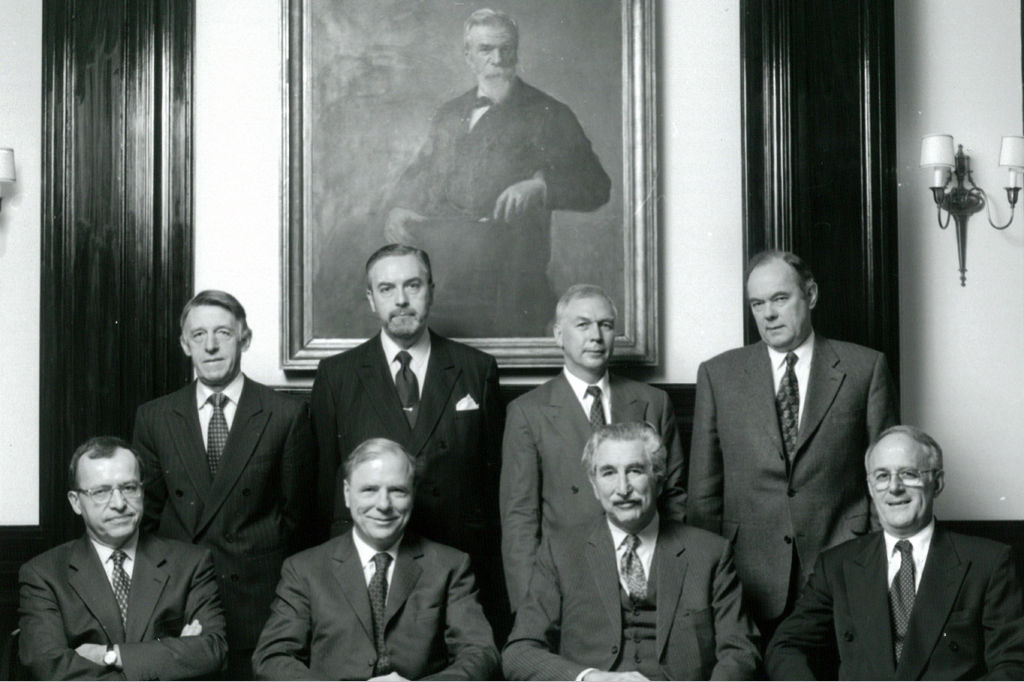 By the start of the 21st century, Solvay was growing less tolerant of its cyclical businesses. Solvay’s polyolefins activity was particularly vulnerable. In August 2001 the Group concluded a deal with British Petroleum (BP), selling all of its polyolefins activities to the oil company, acquiring in its place BP’s promising engineering plastics activities. This highly advantageous deal for Solvay was an important step in the growth of its special polymers activities. 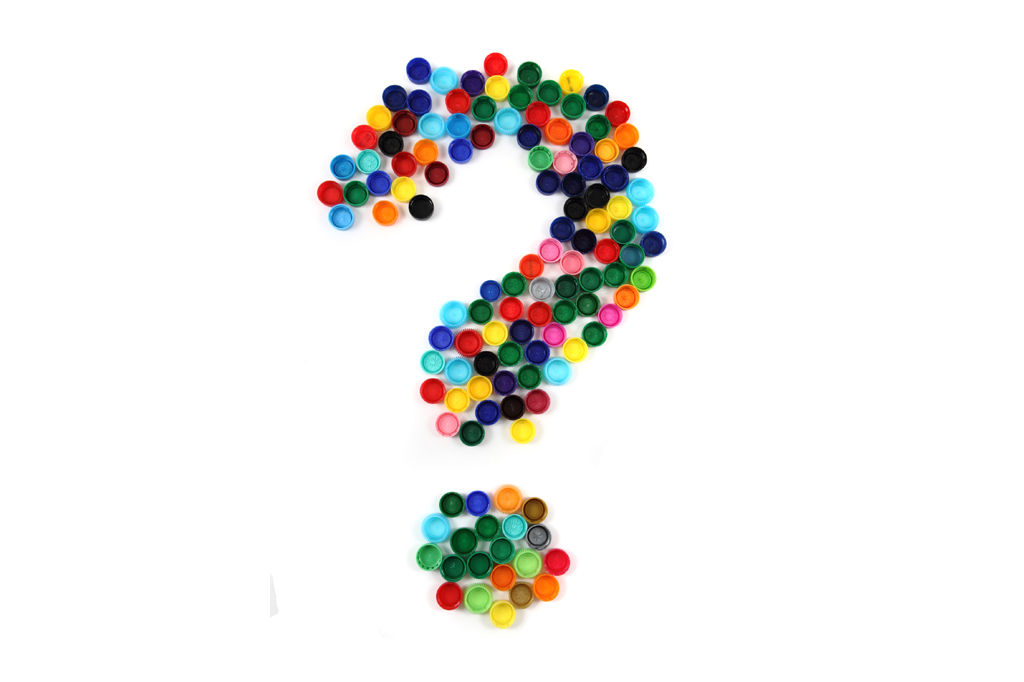 By 2000, Solvay began to focus on engineering plastics that yielded higher added value. Solvay’s attention was grabbed by the fluorinated chemicals and fluorinated polymers activities of Ausimont, a subsidiary of Montedison. After long, tough negotiations, in January 2003 the fluoric polymers of Solvay and Ausimont finally merged into a new company called Solvay Solexis, making Solvay a world leader in fluoric products. 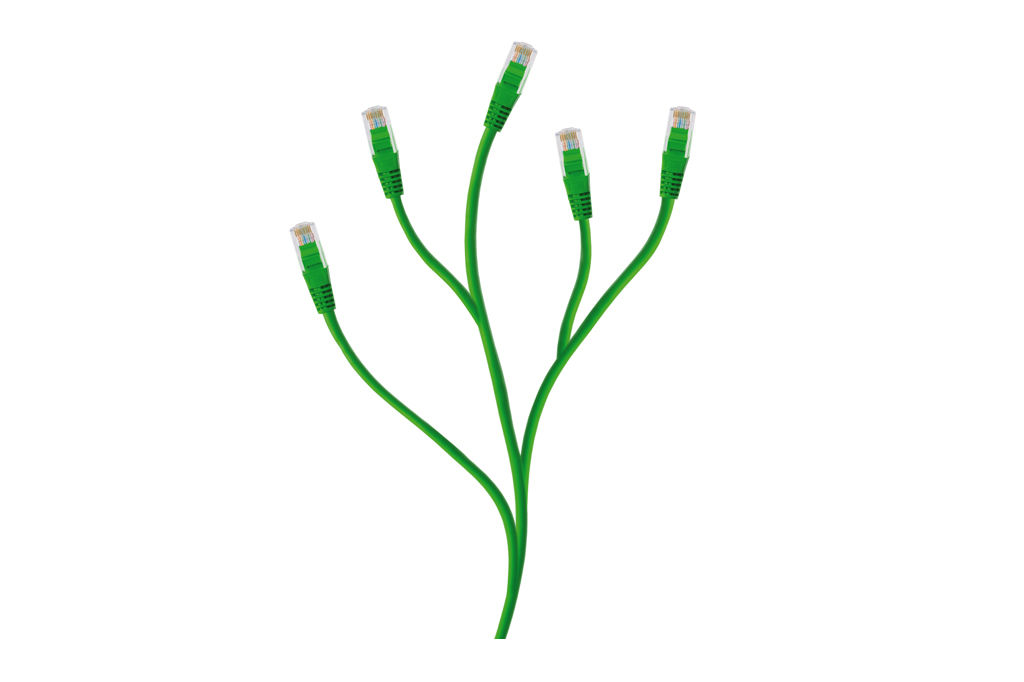 Meanwhile... the birth of Rhodia

The 1990s were marked by the big split between Rhône-Poulenc’s pharmaceutical business and its chemical, plastics and fibers activities. The first continued under the name of Rhône-Poulenc until its merger with Hoechst to form Aventis. The latter were united under the banner of Rhodia, which became independent in 1998. The challenge facing the new company was to reduce the debt inherited from the separation from Rhône-Poulenc, while strengthening its presence in specialty chemicals.