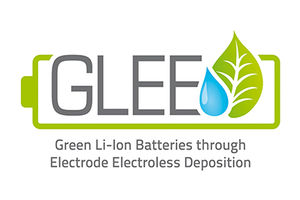 Bollate, Italy March 10, 2014– Solvay Specialty Polymers has announced the launch of the LIFE+ GLEE project, a highly focused sustainability program that aims to use water instead of organic solvents in the rechargeable lithium ion (Li-ion) battery manufacturing process. The major environmental project is supported by the European Commission via funding from the LIFE financial instrument of the European Community (LIFE12 ENV IT 000712).

As cathode materials are usually water-sensitive, well established rechargeable lithium ion (Li-ion) battery manufacturing processes imply usage of organic solvents most of which have been classified by the European Chemicals Agency as “substances of very high concern” because of their carcinogenic, mutagenic, or toxic effects for reproduction properties. The European Union's REACH regulation encourages progressive substitution of these solvents.

For this reason, many research groups across the world, and Solvay among them, are trying to identify alternative, less dangerous, solvents for the manufacturing of cathodes in rechargeable Li-ion batteries.

With the LIFE+ GLEE, Solvay aims to go a step further in the long-term sustainability of the rechargeable Li-ion battery process by replacing the organic solvents with water. This will be achieved thanks to an innovative cathode protection technology which protects the active material from water contact during the manufacturing of cathodes. The unique technologies will also carry no toxic risks and reduce the manufacturing costs associated with solvent recovery and re-purification processes.

Solvay will construct a pilot plant to produce the new Li-ion battery materials at its R&I center in Bollate, Italy. The facility is expected to be operational about the same time as Milano Expo 2015. “This technology opens a significant path toward the development of a solvent-free green Li-ion battery manufacturing process”, said Marco Apostolo, Alternative Energy Research & Innovation Manager for Solvay Specialty Polymers.

High performance, rechargeable Li-ion batteries are seeing strong growth in a range of markets including mobile phones, laptop computers, and electric vehicles. Despite the success of Li-ion technology, major advances in power storage are required to support the transition to an adaptive carbon-free economy, according to Solvay.

The pilot plant is expected to produce active battery cathode material under industrial conditions, generating tried and tested plant operating design, processes, and formulae. Sufficient quantities of the clean chemical material will be made available for evaluation by battery makers and research organizations. Utilizing the new materials, a sufficient quantity of new technology batteries is expected to be available for testing by independent groups, as well as for demonstration to end-user consumers, such as manufacturers of electric cars.

Solvay Specialty Polymers manufactures over 1500 products across 35 brands of high-performance polymers Ð fluoropolymers, fluoroelastomers, fluorinated fluids, semi-aromatic polyamides, sulfone polymers, aromatic ultra polymers, high-barrier polymers and cross-linked high-performance compounds Ð for use in Aerospace, Alternative Energy, Automotive, Healthcare, Membranes, Oil and Gas, Packaging, Plumbing, Semiconductors, Wire and Cable, and other industries. Learn more at www.solvay.com.As an international chemical group, SOLVAY assists industries in finding and implementing ever more responsible and value-creating solutions. Solvay generates 90% of its net sales in activities where it is among the world's top three players. It serves many markets, varying from energy and the environment to automotive and aerospace or electricity and electronics, with one goal: to raise the performance of its clients and improve society's quality of life. The group is headquartered in Brussels, employs about 29,400 people in 56 countries and generated 9.9 billion euros in net sales in 2013. Solvay SA is listed as SOLB.BE on NYSE Euronext in Brussels and Paris (Bloomberg: SOLB:BB - Reuters: SOLB.BR).