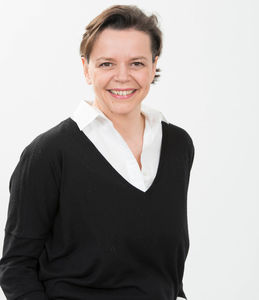 In her new role Cécile will align Solvay's communication strategy with the Group's accelerated transformation.

Cécile graduated from the information and communications sciences CELSA school in Paris.

As Group Corporate Secretary, Michel Defourny implements the Group’s corporate governance in providing the administrative and operational support to the Executive Committee, Board of Directors and Committees.

An international chemical and advanced materials company, Solvay assists its customers in innovating, developing and delivering high-value, sustainable products and solutions which consume less energy and reduce CO2 emissions, optimize the use of resources and improve the quality of life. Solvay serves diversified global end markets, including automotive and aerospace, consumer goods and healthcare, energy and environment, electricity and electronics, building and construction as well as industrial applications. Solvay is headquartered in Brussels with about 30,000 employees spread across 53 countries. In 2014, the company posted pro forma net sales of close to € 12 billion, 90% of which was generated from activities where it ranks among the world’s top 3 players. Solvay SA (SOLB.BE) is listed on EURONEXT in Brussels and Paris (Bloomberg: SOLB:BB - Reuters: SOLB.BR).