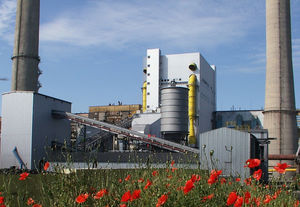 The measure is part of the competitiveness breakthrough plan that Solvay’s Global Business Unit Soda Ash & Derivatives launched last year and which is on track to deliver its €100 million cost-improvement target already by the end of 2015.

“This investment shows Solvay’s commitment to this business,” said Christophe Clemente, President of Solvay Soda Ash & Derivatives Global Business Unit. “Our breakthrough actions, including energy efficiency measures, and our goal to increase profitability of our soda ash business will ensure the security and quality of supply to our customers over the long-term.”

With the soda ash breakthrough competitiveness plan Solvay aims to re-affirm its position as one of the global leaders in the business, optimizing its European synthetic soda ash production while at the same time reinforcing its trona assets in the United States.

Solvay Soda Ash and Derivatives is a world leader in its sector, with soda ash serving the glass, detergent and chemical markets and with sodium bicarbonate and trona serving the food, animal feed, flue gas cleaning and healthcare markets. The unit has 12 industrial sites worldwide, more than 4,000 employees and serves 90 countries.