Discover the Solvay Prize
Back to the blog
Share on

You may have heard about the famous scientific conference when Albert Einstein and Danish physicist Niels Bohr had a debate that set the foundations for quantum physics - but did you know that the event was enabled by our founder, Ernest Solvay?

It’s Ernest Solvay’s 183 birthday - which is a great reason to explain how his purpose and legacy continue to inspire and shape Solvay today!

Solvay’s Purpose is to bond people, ideas and elements to reinvent progress. This didn’t come out of nowhere - it fits perfectly with Ernest Solvay’s legacy of bringing the greatest minds together to deliver new forms of progress that society needs at the moment

In 1911, Ernest Solvay began holding his famous Solvay conferences, which convened the brightest scientific minds, including Albert Einstein, Marie Curie, Henri Poincaré, and Martin Knudsen, to name a few. In fact, the first Solvay conference led to a major scientific breakthrough on “Radiation and the Quanta”, which reinvented that way we look at physics. The conferences led to the founding of the Solvay Institutes for Physics and Chemistry, which still bring together the top scientists in the world, alternatively every three years (one year for physics, one gap year, one year for chemistry). So in the spirit of its founder, Solvay continues to bond — to connect ideas and people to solve critical industrial, social and environmental challenges through the power of science.

Believing the sky's the limit Ernest Solvay, who by the way was an avid mountain climber with a fondness for scaling the Matterhorn, was always looking to reach new heights of progress.

At the turn of the century, Ernest was curious about the promises of flight and aviation and this was passed to the next generation. In fact, Auguste Piccard’s first balloon flight into the stratosphere was sponsored indirectly by the Solvay family (they financed the Belgian national fund for research [FNRS] which in turn sponsored Piccard).

Following Ernest’s lead, Solvay continues to reach new heights, not only by helping to make airplanes lighter and more fuel efficient, but also by helping to enable the first ever zero-emission aircraft powered exclusively by solar energy, created by the Solar Impulse Foundation.

We’re also going to space! In fact, Solvay materials have been traveling to space for more than 50 years. Solvay materials were on board the Apollo 11 mission that sent humans to the moon for the first time and the Group's Udel® polysulfone (PSU) polymer, known for its ability to resist extreme temperatures, was used in the visors on Buzz Aldrin and Neil Armstrong's space suits as they walked on the Moon in July 1969. Solvay materials continue to travel to space today with a wide range of players in the industry.

Companies that do not prioritize sustainability will not survive. To be successful, we must be in tune with the aspirations of our customers who need to innovate for a better world, and we must have a sense of purpose that motivates young talent to join us.

Ernest, together with his brother Alfred, were precursors in implementing what we call today   Corporate Social Responsibility, placing strong emphasis on the education and well-being of employees. He supported equality for all and once said, “society is obligated to strive for social justice or else it will die.” By the late 19th century, Solvay implemented an extensive welfare program for his workers and during the First World War he founded an organization that fed millions.

Ernest’s commitment to put people first continues to this day with Solvay’s Better Life initiative, (part of our Solvay One Planet roadmap) which seeks to improve the quality of life for employees and society as a whole, and our Solvay Solidarity Fund, which financially supports Solvay employees and their loved ones who are going through particularly difficult times due to the coronavirus pandemic. We recently increased maternity leave to 16 weeks and extended it to all co-parents regardless of gender or sexual orientation. This is part of our Solvay Cares benefit program, which provides a minimum level of company social benefits to all employees.

In addition, Solvay’s corporate philanthropy funds activities related to educational, scientific and humanitarian endeavors around the globe through the Ernest Solvay Fund.

Innovating to change the world

Ernest was passionate about science and innovation, and this led him to discover a process that would change the chemical industry: a method of producing soda ash, the building block of glass production, on an industrial scale.

That same spirit of innovation continues. Whether it's creating a circular economy solution for electric vehicle batteries, developing an environmentally-friendly solution for farmers to accelerate tomato growth, creating eco-friendly cleaning products, or providing lightweighting to advance sustainable mobility, innovation is in Solvay’s DNA. Ernest was an avid financial supporter of academic science, earning him the nickname, ‘Belgian Carnegie’. Among other scientists, Ernest was a major sponsor of Marie Curie, the first and only female scientist who received two Nobel prizes, as well as her Nobel prize-winning daughter, Irène Joliot-Curie.

To continue that legacy, in 2013, Solvay created the biannual Chemistry for the Future Solvay Prize in Ernest’s honor. The prize, recognizes major scientific discoveries with the potential to shape tomorrow’s chemistry and help human progress, was awarded this year to Carolyn Bertozzi (pictured left), Professor of Chemistry at Stanford University (U.S.A.), for her invention of bioorthogonal chemical reactions that can be performed in living cells and organisms. This discovery will help advance the diagnosis and treatment of cancer and infectious diseases. 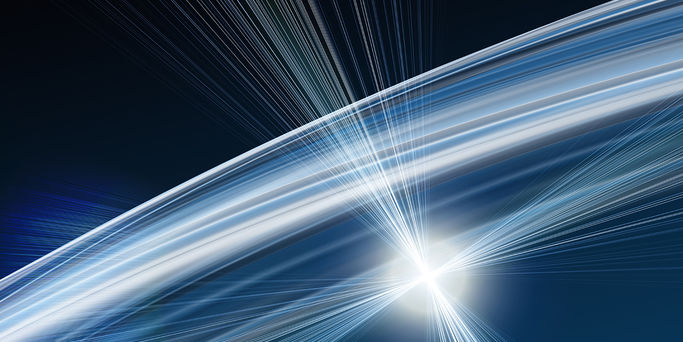 Our Commitment to Science and Innovation

Collaborative intelligence to shape the future of mobility

Is Solvay in the race to produce oxygen on Mars?

Solvay-CNRS : four decades of scientific advancement in the field of chemicals