He/She/They/Ze: Pronouns and why they matter

Learn more about DEI at Solvay

The addition of pronouns after one’s name on social media, business profiles, and in signatures has led to increased awareness on the topic of gender identity. It’s also left many people wondering why it’s happening and what it means.

There is a growing global understanding that gender isn’t the simple distinction between male and female but is instead a spectrum encompassing many different identities. Some identify as a ‘he’ or ‘she’ corresponding to their sex assigned at birth, but others don’t, and still others identify outside of those two pronouns. A person’s gender identity reflects their innermost feelings about who they are and what they want others to know them as.

Pronouns are meaningful tools to help someone communicate their gender identity and have others acknowledge it. Gwenaëlle Rive (pictured left), for example, who works in Logistics at Solvay’s Novecare plant in Clamecy, France, identifies as a transgender nonbinary female. She has adopted the pronouns “yelle” (a contraction of the masculine “il” and feminine “elle”) when spoken to directly, and “elle” (she) when being referred to by someone else. “Indicating pronouns means that behind a name, there is a personality, a life journey, a richness,” Gwenaëlle explains. “It allows me to assert myself, to show I exist as I am.”

Bringing one’s whole self to work

While awareness of gender identity is increasing, many transgender and non-binary persons still don’t feel comfortable disclosing their chosen identity in the workplace, fearing prejudice, career setbacks and discrimination. Those who have opened up often experience misconduct and microaggressions, with misgendering being a common occurrence. Labelling someone with a gender that does not align with their identity can trigger feelings of stigmatization, alienation and a loss of self, making it difficult for transgender and non-binary employees to bring their whole selves to work.

"Solvay has committed to creating a safe and sustainable work environment where everyone can be their authentic selves,” Natalie van Ypersele, Chief DEI Officer, emphasises. “Using gender-inclusive language is a straightforward way to make someone feel respected, included and validated by acknowledging their chosen identity.”

Being able to openly share pronouns also raises awareness and acceptance of different gender identities and cultivates a sense of belonging. “I spoke to HR, to my manager, individual employees, and eventually had a team meeting where I explained how I felt, who I was on the inside and how I wanted to be addressed,” Gwenaëlle says. “Expressing my gender identity allowed me to better express my sensitivity, without affecting my professional performance at all.”

Enabling conversations about gender pronouns and promoting the use of language that actively includes all gender identities helps create a safe and supportive environment for those who fall outside of traditional gender definitions.

“It’s hard to accept things you don’t understand,” Gwenaëlle continues. “Just talking about this openly and encouraging everyone, including cis-gender colleagues, to proactively specify their pronouns, for example in email signatures, can contribute to changing mentalities.”

Everyone can undertake simple actions to become a ‘pronoun ally’:

“Don’t think that changing a pronoun is a passing fancy,” Gwenaelle emphasises. “It shows that people evolve and nothing is set in stone. Let people find themselves without pressuring them. It’s a simple matter of ‘savoir vivre’.”

Just talking about this openly and encouraging everyone to proactively specify their pronouns, for example in email signatures, can contribute to changing mentalities.

Going beyond the pronoun

Promoting gender diversity and inclusion in the workplace enables companies to attract and retain diverse talent and bring different perspectives to the table that will ignite an innovative mindset. Facilitating the use of gender-neutral language is an important first step.

“We need to get to work so that each and everyone of us can be at our best by being ourselves,” Nathalie van Ypersele states. 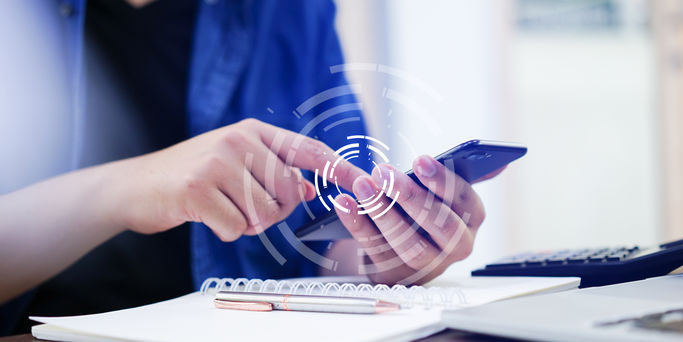 Mapping out the road to accessibility for all disabilities at Solvay

Breaking mental health stigma: wellbeing should be a business priority