Delivering the purity the electronics industry depends on

With 2.5 billion smartphones in the world today, some 50 microprocessors in your car, and countless chips connecting all of our appliances, the silicon semiconductor market just keeps expanding. With 20% year-on-year growth in 2018, the chip market came close to a record $500 billion in revenue. And for each new chip generation, demand for hydrogen peroxide (H2O2) goes up exponentially, including for Solvay’s ultra-high-purity Interox® PicoPlus H2O2  for semiconductors.

“As long as chips are made on the basis of silicon, chipmakers will continue to need H2O2,” says Maik Diederich, Business Manager EMEA, Solvay Special Chem - Electronics. “When you consider the internet of things, smartphones, and chips in cars and refrigerators, the future looks bright for us, because making them is impossible without our chemical.”

One in a trillion level of purity

INTEROX® Pico and PicoPlus are part of a range of chemicals produced by Solvay’s GBU Special Chem and used primarily in the cleaning and etching stages of semiconductor chip production. Solvay is one of only a few companies in the world able to meet the exacting requirements of the leading semiconductor manufacturers.

To understand the level of product purity demanded by the chipmakers, picture a grain of salt in an Olympic-size swimming pool. That is a single digit part per trillion (ppt), which is the level of purity that Solvay’s INTEROX® PicoPlus Hydrogen Peroxide needs to comply with for the electronics industry.

This is because chipmakers are working at a scale that is almost beyond imagination. The latest generation circuits are mere nanometers, so the purity of the product is paramount. They must avoid any contamination, since even a tiny particle can be a major threat to the workings of a nano-size chip.

“What we offer as a supplier makes us stand out, including being vertically integrated from start to finish,” says Maik. “We have more than 50 years of experience in the purification of H2O2 and use a proprietary purification process. INTEROX® PicoPlus is probably the highest purity hydrogen peroxide in the world. Combining it with flexibility and security of supply makes us a key supplier to the world’s leading chip manufacturers.”

“As long as chips are made on the basis of silicon, chipmakers will continue to need H2O2.”

The highest possible product purity is not enough, however. The semiconductor industry also requires consistency and reliability from Solvay as a supplier. They need Solvay to exert end-to-end process control and quality management along the entire value chain. This means not only Solvay’s own processes, but also those of its suppliers and sub-suppliers.

On top of that, chipmakers also need security of supply. A ‘fab,’ as a semiconductor chip plant is called, costs some $10 billion to build, so manufacturers are under immense pressure to maintain production levels in order to amortize costs. Holding up the fabrication process because a supplier fails to meet customer requirements would cost millions per day.

As the largest H2O2 supplier in the world, Solvay is able to safeguard supply with its network of 16 hydrogen peroxide manufacturing plants globally, including in Germany, Italy, the United States, Thailand and, most recently, in China. This worldwide presence ensures Solvay stays close to its customers, providing immediate support and security of supply.

“We have already received numerous supplier awards for excellent quality and outstanding reliability of supply,” says Maik. “And with promising industry trends, such as cloud computing and artificial intelligence, this will continue to be a good business to be in.” 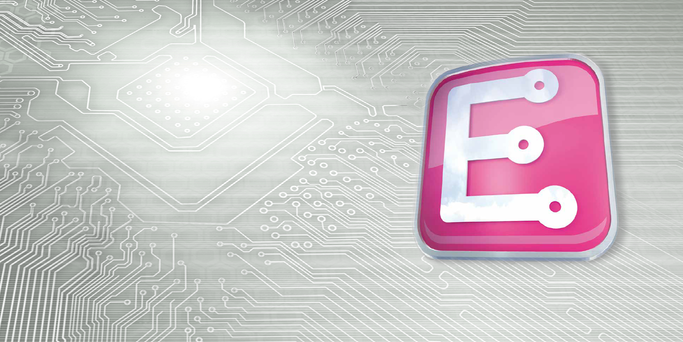