With many children’s holiday activities on hold due to the pandemic, you may be in search of some educational ways to keep your kids entertained.

Well, we’ve got you covered with three fun experiments that your kids will love to try safely, from anywhere, using an amazing white powder called sodium bicarbonate (or more popularly known as baking soda)!

At Solvay, we have conducted numerous experiments virtually for students through our Citizen Day 2020 initiative, and before the pandemic, we enjoyed conducting chemistry experiments with children through our partnerships with greenlight for girls (g4g), Xperilab, Les Petits Debrouillards, and others.

As one of the world’s main producers of sodium bicarbonate, under the brand Bicar®, we hope these science experiments will come in handy and bring some fun and happiness to your home during the holidays.

**An adult should monitor the experiments and, although sodium bicarbonate is not dangerous, protective glasses should be worn whenever any experiment is conducted.

Want to turn gummy bears into a colorful foam? For this experiment you will need a microwave, a 250ml beaker, a tablespoon and teaspoon, gummy bears (or any gelatin candies), baking soda and lemon juice.

Put 15 teddy bears in the bottom of the 250ml beaker with two tablespoons of lemon juice. Melt the mixture in the microwave (until the teddy bears dissolve, less than 1 minute). Add a teaspoon of baking soda, stir and quickly remove the spoon. A thick foam rises quickly in the beaker.

Watch this video created by a Solvay chemist for our Future Innovator's Library to see how it’s done! 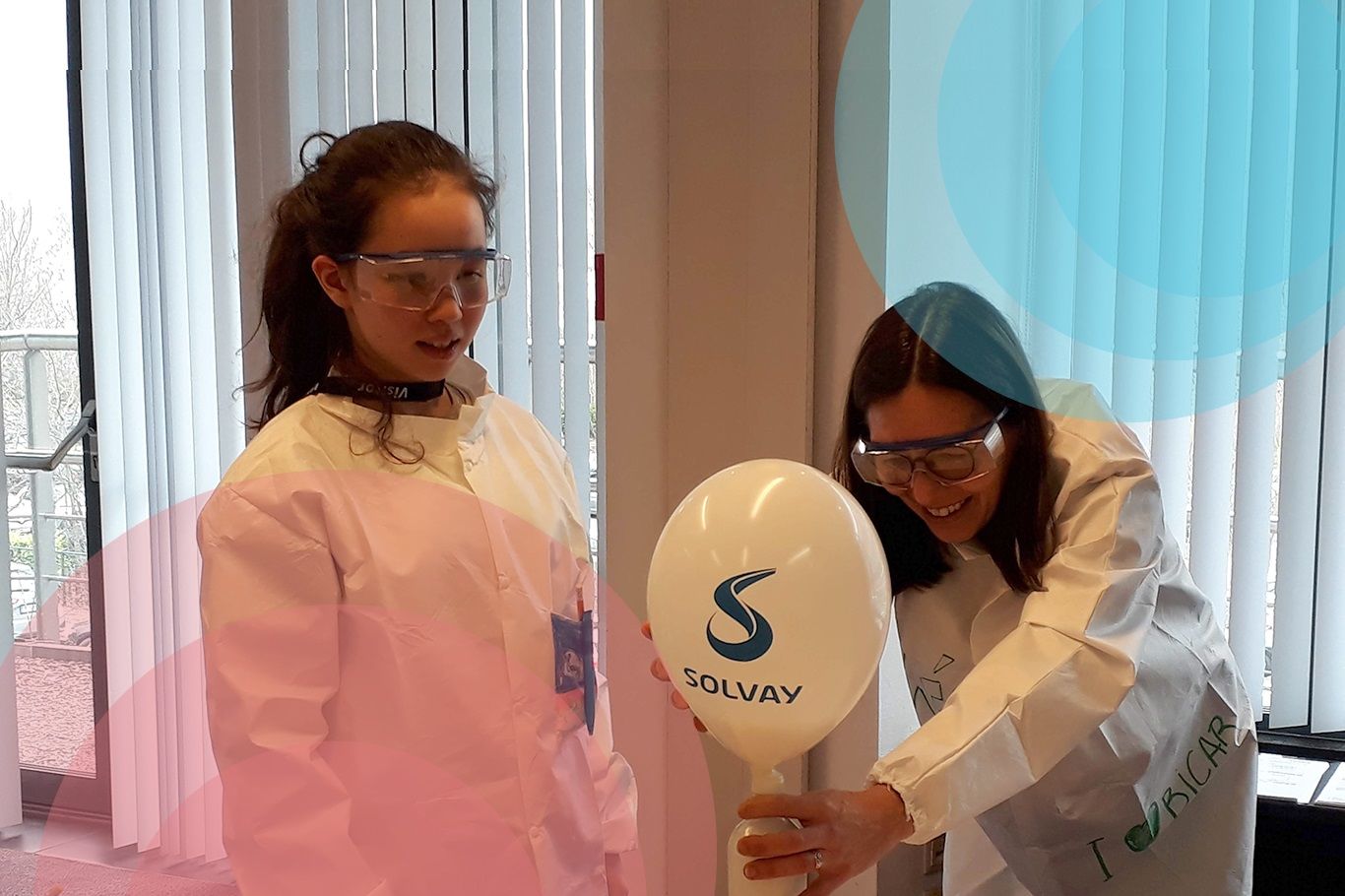 How about creating a self inflatable balloon? For this experiment, you’ll need 1 balloon,1 empty bottle, 1 funnel, 200ml of vinegar, and 20g of sodium bicarbonate.

Who doesn’t like watching a lava lamp? They’re so cool! Even cooler, you can create your own! For this experiment, you’ll need a plastic bottle or transparent container, 500ml of oil, 1 small bowl with 200ml of vinegar, food coloring, and 50g of sodium bicarbonate.

At the bottom of the plastic bottle or transparent container, arrange the baking soda in an even layer. Slowly pour in the oil and try not to let the oil mix with the baking soda. In the other container, mix the vinegar and the food coloring. Gently pour the colored solution onto the surface of the container with the oil. You’ll see colorful bubbles fall to the bottom of the container. Once they make contact with the sodium bicarbonate, carbon dioxide is formed and lightens the bubbles, so then they float back to the top of the container. Once the bubbles reach the top, carbon dioxide escapes and then the bubbles fall to the bottom again.

To learn more about Solvay’s educational STEM initiatives with children, watch the below video (filmed before the pandemic).

There you have it!

More STEM experiments, skills and learnings from our Solvay colleagues

The kind of sodium you want to purify your blood

Can you make wearable devices even more wearable? YES!