2015 Chemistry for the Future Solvay Prize 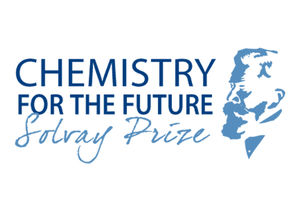 Brussels, November 18, 2015 --- The “Chemistry for the Future Solvay Prize” 2015, is handed over by Her Majesty Queen Mathilde to Dutch scientist Professor Ben Feringa for his work on unidirectional molecular motors, a research field that paves the way to new therapeutic and technological applications with nanorobots.

“The Solvay Prize rewards decisive breakthroughs in scientific research achieved today and destined to shape the chemistry of the future. The research by Professor Ben Feringa allows us to anticipate a variety of scientific developments, chiefly in healthcare, and underlines chemistry’s essential role, as a science and as an industry, in delivering solutions for society and help human progress. We wish Professor Feringa and his team every success in their research,” said Solvay CEO Jean-Pierre Clamadieu, who chaired the Solvay Prize ceremony.

Ben Feringa, Professor at the University of Groningen, and his teams have over the past 15 years focused on revealing the potential of synthetic chemistry to create new structures and novel functional materials such as molecular switches and motors to perform ultra-precise and controlled actions. His research found that by using light, molecules at nanometer scale can be manipulated and turned into motors. His breakthrough design of the first rotary molecular motor sets the stage for a range of future applications, such as storage of information on a molecular scale, the development of responsive materials or smart catalysts for chemical processes, while in healthcare they could be used to develop artificial muscles or as medication that can be switched on and off for precision therapy.  Within the next twenty or thirty years, these molecular motors will power nanorobots which will be capable of better targeting specific molecules in therapeutic treatments.

“I am greatly honored by the prestigious Solvay Prize which is also a superb recognition for my team of talented students whom I’ve had the privilege to guide beyond the frontiers of the chemical sciences. Inspired and intrigued by the machinery of life we went on a quest to control motion at the nanoscale. Our ability to govern dynamic functions, as we demonstrated with our molecular motor, is essential for the development of responsive molecular systems that will form the basis for a whole range of smart products in the future,“ said Ben Feringa, who is also Vice-Chairman of the Royal Academy of Sciences of the Netherlands.” I am convinced that the creative power of synthetic chemistry will bring unimaginable solutions to the sustainable society of the future and to the wellbeing of mankind.”

Solvay created the prize in 2013 to celebrate its creation 150 years before by Ernest Solvay and to perpetuate his commitment as a dedicated and inspired supporter of scientific research. The prize of € 300,000 aims to recognize every other year a major scientific discovery that lays the foundation of the chemistry of the future while promoting human progress. It underlines chemistry’s essential role, as a science and as well as an industry, to help solve some of the most pressing issues facing our planet.

The independent jury of six international scientists chose to award Professor Feringa, because “He has paved a road to the future of chemistry by synthesizing directional molecular motors,” said Hakan Wennerström, President of the jury. “The jury pays tribute to one of the most creative chemists of the present day.”

Solvay delivers on strategy to create value from sustainable chemistry

Solvay partners with the World Alliance for Efficient Solutions