Solvay to align its Sodium Percarbonate production to market demand 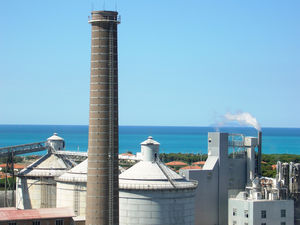 Brussels, July 29, 2015 - Solvay announces today its intention to end the production of So-dium Percarbonate in Rosignano, Italy, by the end of the first quarter of 2016 at the latest.

The main reason is the further decrease of the use of powder detergent in Western Europe, the largest market for Sodium Percarbonate (SPC) as a bleaching agent. The anticipated social impact should be very limited as employees will be allocated to existing or new activities on the site of Rosignano.

Hydrogen peroxide becoming available following the planned closure of SPC production will be used to captively feed Solvay’s new Hydrogen Peroxide Electronic Grade unit in Rosignano, which will start in 2016, as well as to ramp up the Peracetic Acid unit which began production in 2015.

Sodium Percarbonate customers will be served from Solvay’s biggest SPC plant in Bad Hönningen, Germany, in which Solvay invested to produce the improved performance grades requested by the market.