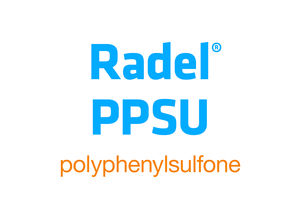 The new pre-colored Radel® R-7159 resins are available from both Solvay and RTP Company, who recently signed a licensing agreement allowing it to manufacture and sell select aerospace-grade PPSUs under Solvay’s established Radel® brand and grade designations. The agreement offers greater flexibility to customers who wish to order Radel® R-7159 pre-colored resins in smaller lot sizes or in custom colors.

The Radel® R-7159 series is immediately available for Tier 1 and after-market suppliers. Qualification for large aerospace manufacturers is underway and expected to be completed early next year.

As an international chemical group, SOLVAY assists industries in finding and implementing ever more responsible and value-creating solutions. Solvay generates 90% of its net sales in activities where it is among the world's top three players. It serves many markets, varying from energy and the environment to automotive and aeronautics or electricity and electronics, with one goal: to raise the performance of its clients and improve society's quality of life. The group is headquartered in Brussels, employs about 26,000 people in 52 countries and generated 10.2 billion euros in net sales in 2014. Solvay SA is listed on EURONEXT Brussels and Paris (SOLB) , Bloomberg (SOLB:BB), and Reuters (SOLB.BR).