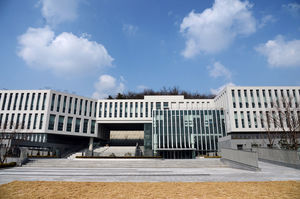 Brussels/Seoul, June 3, 2014 --- Solvay has opened its new Research & Innovation (R&I) center at Ewha Womans University in South Korea, putting the Group in a prime position to work closely with key Asian customers and universities to develop products for the booming battery, electronics and car markets.

The R&I center in Seoul is Solvay’s fourth in Asia and will employ some 60 scientists by the end of 2015. Based at the campus of Ewha, the world’s oldest and largest women’s university with origins in 1886, Solvay will have access to a strong national and international network with universities and research institutes. Moreover, it brings Solvay close to leading industrial players and customers in the strategically located country and region, which facilitates partnerships to develop products and solutions according to their specific needs.

“Solvay’s ambition to become a global, innovative leader will clearly benefit from exchanging and enriching know-how with researchers and industries here in South Korea,” said Jean-Pierre Clamadieu, CEO of Solvay. “Our world-class R&I center and unique partnership with such a top university as Ewha, are key in strengthening Solvay’s position in Asia.”

The opening of the center comes after Solvay and Ewha signed their agreement in 2011. It also includes the move of Solvay’s Global Business Unit Special Chemicals to the campus, from where it will serve as a hub in the region. Special Chemicals’ leading-edge technologies already serve Asia’s fast-growing electronics market.