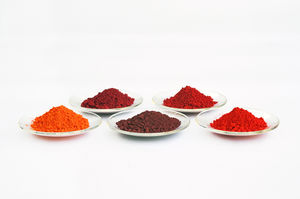 The court of first instance, the Tianjin High Court, ruled on December 11th, 2013 that HySci’s production and sale of certain rare earths mixed oxides infringed Solvay’s patents, starting in 2004.The Court ordered HySci to immediately discontinue the production and sale of 7 mixed oxides grades that were found to be infringing Solvay patents. In addition, the Court awarded Solvay 5.6 million RMB in damages. That amount is based on the profits that HySci made from the 189 tonnes of mixed oxides it unlawfully sold from 2004 onwards. The Court also ordered HySci to cover most of Solvay’s legal expenses.

Separately and in a final decision, the Beijing High Court ruled in favor of Solvay by confirming the validity of its patent number ZL96196505.3. The case had been brought by HySci which claimed that the patent was invalid. The Court’s ruling confirms the earlier decision by China’s State Intellectual Property Office (SIPO) to reject HySci’s patent invalidation request.

“We are pleased with these two landmark rulings in China as they will strengthen Solvay’s Intellectual Property (IP) rights position in one of the world’s main growth markets for rare earth mixed oxides,” said Du Hua, President Solvay Rare Earth Systems. “IP enforcement is essential to support Solvay’s long-term research and development for higher performance and value-added mixed oxides. It also helps to ensure a level playing field for our customers.”

Solvay is the world leader in rare earth performance materials for automotive catalysts, lighting, high-precision polishing and medical, nuclear and pigment specialties, recycling, and separation technology. Rare earths mixed oxides are among the main building blocks of automotive exhaust line catalysts, which are designed to abate noxious gases from the vehicle’s engine exhaust before they are released into the atmosphere. Continuously stricter air quality standards and the growing number of cars in China and other emerging markets require ever more complex formulated rare earth mixed oxides. Solvay’s OptalysTM rare earth mixed oxides product range offers tailor-made solutions for all types of automotive catalysts and contributes to cleaner air and sustainable mobility.