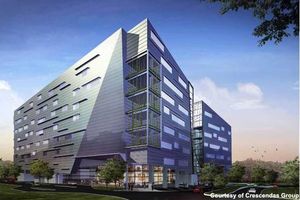 Brussels, February 11th 2014---Solvay announces today the opening of a new Research & Innovation center in Singapore, which will be the Group’s core innovation ground for its Consumer Chemicals growth engine in the Asia-Pacific region.

Located in Singapore’s Biopolis research hub, the 1,100 square-meter laboratory will lead worldwide innovation projects primarily for Solvay’s business unit Novecare, which is active in the fields of Home and Personal Care, Coatings and Oil & Gas. It will also be a regional hub in developing sustainable solutions for the Agrochemical business and provide technical support to Solvay’s regional customers as well as plants in the region.

“Singapore has undergone an important transformation in recent years and is now established as a key knowledge and innovation hub in the Asia Pacific region”,said Pierre-Franck Valentin, Vice President & General Manager of Solvay Novecare Asia Pacific. “Basing one of our global research & innovation center in Singapore will allow us to benefit from the country’s research capabilities, ready infrastructure and strong intellectual property protection”.

Solvay, which received strong support from the Singapore Economic Development Board (EDB), invested close to €2 million in the laboratory and expects to invest another €5 million in the next five years to boost the laboratory’s capabilities, including the hiring of an extra 30 researchers. The laboratory is Solvay’s latest investment in Singapore after Novecare, a global leader in the specialty surfactants industry, announced in April 2013 the construction of a large scale alkoxylation facility.

Solvay is committed to being part of the global innovation eco-systems in Asia. Out of 2,000 researchers, more than 250 are based in Asia and their number is expected to double by 2016. In China, the Group hosts a unique international laboratory where the French National Center for Scientific Research and four Chinese and French Universities, collaborate on eco-processes, eco-efficiency and physical chemistry. In South Korea, Solvay focuses its research on batteries, electronics and engineering plastics. In India, it develops projects in renewable chemistry and material science. Nine other labs across Japan, Korea, India and Australia support customers in their development as well as on process improvement for Solvay’s plants in the region.