Renowned ratings organization CDP (formerly the “Carbon Disclosure Project”) has confirmed  Solvay’s rating at A- in its latest Climate Change assessment, even with a more stringent questionnaire this year. Solvay was again recognized for its governance, its progress in reducing emissions and for its comprehensive climate roadmap. CDP’s disclosure and assessment process is widely recognised as the gold standard of corporate environmental transparency, and the go-to source of trusted sustainability information for customers and investors. 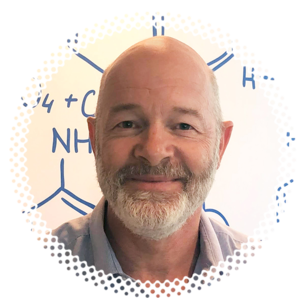 “We are delighted that CDP recognized our continued progress and maintained Solvay’s CDP rating in the climate change category”, said Pascal Chalvon Demersay, Solvay’s chief sustainability officer. “This reflects both our overall targets to structurally reduce greenhouse gas emissions worldwide, and the specific projects that have been launched such as our recently announced coal phase out in two additional plants. We aim to tackle climate change at the service of our customers, our investors, and society as a whole.”

Since Solvay launched Solvay One Planet in 2020, the Group has accelerated the rate at which it is cutting emissions. Solvay already aligned its scope 1 and 2 trajectory with the “well below 2°C temperature increase” goal outlined in the Paris Agreement and upgraded its emissions reduction target to -30% by 2030 (from -26% initially set in 2020). Solvay has already achieved a -11% structural reduction between 2018 and 2021. Furthermore, in 2021, Solvay announced its plan to reach carbon neutrality before 2050, in which all its businesses except Soda Ash & Derivatives are targeted to achieve carbon neutrality by 2040. Earlier this year, Solvay announced its plans to reduce scope 3 greenhouse gas emissions by -24% by 20301.

Throughout 2022, Solvay has accelerated the delivery of its Solvay One Planet sustainability objectives, particularly in reducing carbon emissions. This included advancing its carbon neutrality ambition with more than 40 confirmed energy transition projects (2.8 Mt CO2eq) to cut emissions and phase out coal, including at plants such as Devnya, Bulgaria and Dombasle, France in Europe, and Green River, Wyoming in the US.

CDP is a not-for-profit charity that runs the global disclosure system for investors, companies, cities, states and regions to manage their environmental impacts. More than 13,000 of the world’s largest companies, representing over 64% of global market value, disclose information on climate change, deforestation and water security through CDP. They do so at the request of over 590 investors with over US$110 trillion in assets.