Bicar®Z: the right buffer for the well-being and livestock performance

Bicar®Z sodium bicarbonate buffer improves the well-being and performance of ruminants, swine and poultry by meeting their physiological needs and the economic requirements of the farm. Indeed, Bicar®Z optimizes diet and increase the efficiency of the ration.

Acidosis is a metabolic disorder affecting monogastric and ruminant animals. It is caused by diet enrichment and the pursuit of increased productivity.

Effects of sodium bicarbonate on reducing acidosis in cattle

To compensate the rumen acidification, the cow naturally produces a bicarbonate-based salivary buffer secretion. But with energy-rich and highly fermentable rations, fatty acids are produced more rapidly than they are absorbed, leading to acidosis. When temperature exceeds 20°C, in particular in case of high humidity, dairy cattle are unable to dissipate their heat load efficiently. Their sweating mechanism is poor and they rely on respiration to cool themselves. This lead to a loss of sodium, potassium and bicarbonate

Heat stress is one of the major concerns, affecting negatively the feed intake, animal’s performance and reproductive potential which ultimately decrease milk production.

Studies we have conducted with professionals and academics have shown that  250g (or 300g during heat stress period) of Bicar®Z daily improves the yield. On average, an additional 4L of milk is produced per day. When the temperature is above 20°C, 300g.

Bicar®Z, a natural and non-hazardous buffer

Bicar®Z sodium bicarbonate is a raw material that provides a chlorine- and sulphur-free source of sodium for the growth of livestock and the well-being of animals, especially ruminants, pigs and poultry. It is also very suitable for feeding bulls, dairy goats, sheeps, sows and piglets, and for sheeps and growing-finishing pigs.

What are other Bicar®Z advantages? 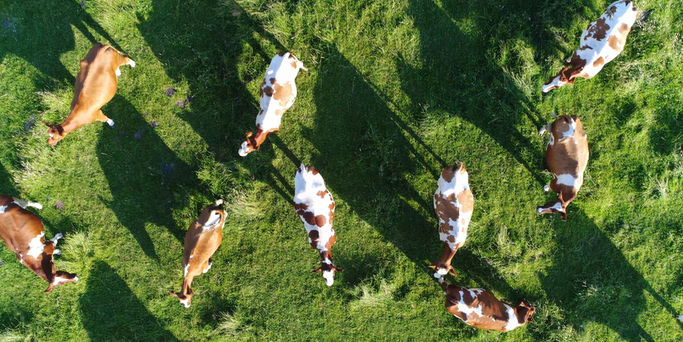 Rheomer® 33T is a rheology control polymer that can be used by formulators to prepare personal cleansing formulations of a diverse and wide variety of innovative textures.

Solvay's Tiguar® plays a critical role in the development of shale gas and oil. Guar based fracturing fluids continue to be the most effective and reliable method for propagating fractures and placing proppant in a broad range of well conditions.